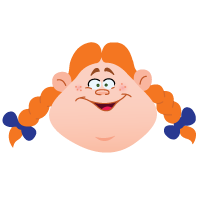 Do you desperately desire to improve your health? Perhaps, you suffer from a chronic condition such as diabetes, osteoarthritis, or hypothyroidism. Or, you might simply wish to lose weight in order to gain some much needed energy. Regardless of your particular situation, make visiting your primary care physician at least once each year a priority. During a physical exam, your doctor will check important, vital signs such as your pulse, temperature, and blood pressure levels. This medical professional might also conduct blood tests at this time. On this blog, I hope you will discover easy, effective ways to improve your health. Enjoy!

Down With Influenza And Need To Recovery Fast? Get A Mobile IV Infusion And Fog Your House Fast
12 January 2023

It can be chaos and misery when illness sweeps thr …

If you're experiencing joint pain, stiffness, or s …

Benefits Of Working With A Healthcare Advocate
25 August 2022

If you suffer from gas and bloating shortly after eating a meal, you may be suffering from small intestinal bacterial overgrowth syndrome, or SIBO. While it's normal for bacteria to be present in your small intestine, they can cause serious problems if their numbers grow out of control. They'll digest the food in your small intestine and produce gas as a waste byproduct, which is what results in chronic bloating. If you think you may have SIBO, read on to learn more about what causes it and what you can do to help alleviate your symptoms.

There are several possible causes of poor gut motility. One is aging since your gut motility naturally declines with age. Using opioid medications for pain can also slow down the rate at which food moves through your small intestine. Another possible cause is a partial obstruction in your small intestine that slows down the food moving through it.

What Are the Symptoms of SIBO?

The most common symptom of SIBO is bloating since the gas produced by the bacteria will build up in your small intestine and cause it to stress. This excess gas can also result in chronic diarrhea. In severe cases of SIBO, you may begin to lose weight or develop a nutrient deficiency. Your small intestine is where you absorb the nutrients from the food you eat, and you won't absorb them if the bacteria eat them first.

How Does a Gastroenterologist Diagnose SIBO?

The easiest way to diagnose SIBO is through a hydrogen breath test. This test uses a medical device to measure the amount of hydrogen in your breath. You'll fast overnight and drink a mixture of water and lactulose in the doctor's office, which will provide food to the bacteria in your small intestine. When they start digesting the lactulose, they'll make hydrogen gas as a byproduct, and you'll exhale some of this gas when you breathe out. If the device measures a high amount of hydrogen in your breath, you may have SIBO.

How Can You Treat SIBO?

Your gastroenterologist will most likely prescribe antibiotics to treat your SIBO. Antibiotics will quickly reduce the amount of bacteria in your small intestine, which helps alleviate SIBO symptoms. In addition to taking antibiotics, you'll also have to make changes to your diet in order to reduce the chances of your symptoms coming back.

If you suffer from chronic bloating and think that you may have SIBO, schedule an appointment with a gastroenterologist in your area. Treating SIBO is important since it can eventually result in malnutrition as the bacteria compete for the nutrients in the food that you eat. With a hydrogen breath test or upper endoscopy, your gastroenterologist will be able to test if you have SIBO and recommend the right antibiotics to help alleviate your symptoms.

Contact a local doctor's clinic if you are experiencing bloating issues.